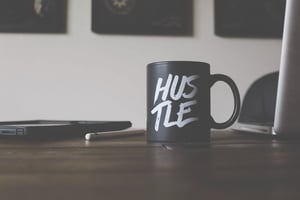 The futurist Ray Kurzweil, author of “The Singularity is Near” describes his idea of escape velocity as that point in time when for every year you live, science will make another year of life possible for you.  The essential idea is that at some point humans will reach the theoretical and practical ability to live forever.  While this sounds good on the surface there are all sorts of practical problems that will have to be solved along the way.  One of those is how do you pay for never ending existence?  (For others please watch the 1970’s movie “Logan’s Run” but I digress).

A similar idea occurs to me in the financial realm. Is it possible to reach a point where you continually attract more resources than ever before, regardless of what you do?

I think it is not only very possible but happens with some regularity.  How it happens, and why, aren’t necessarily obvious, but they are no big mystery either.  The secret to financial escape velocity begins with mindset.

The truth about money is that it is essentially limitless. History proves this, without question, as the wealth of the world continues to expand exponentially.  But history also proves that money doesn’t end up in the hands of everyone equally.  No, it has always, and always will, end up in the hands of entrepreneurs.  When you think about history in this way you will see that princes were just enterprising business people!

Increasingly in the modern world it isn’t princes (government) who determine who makes money, it is the entrepreneur.  The entrepreneur is classically defined as “one who takes assets to a higher level of production”.  In other words, one who constantly creates value.  If an entrepreneur never ceases this activity, it is possible to come to the point where his own consumption needs, even though always increasing, are no longer limiting and more and more financial resources are continually being created.  In other words, it becomes a virtual motion machine.

We can see this in people like Jeff Bezos quite easily.  But there are millions of others like this in the world.  What each has in common is the willingness to continually invest, take risk and create value.  At some point they reach escape velocity where their progress is no longer a function of work effort but return on investment.  Escape velocity is possible for anyone.  How about you?