Being an entrepreneur means being familiar with fear

Is the question the immortal Walter Brennan asks Gary Cooper's lead character in the film classic "Sergeant York". Cooper's character, Alvin York, who won the Congressional Medal of Honor in World War I, and who was often proclaimed the greatest hero of that war, answers the question "I ain't skeered".Well I'm here to tell you I'm skeered! And I want you to be too.

As entrepreneurs we seek to grow our businesses through constantly finding a better way to do whatever it is we do. We entrepreneurs are in the business of taking risks. After all isn't that a natural and normal part of getting better? 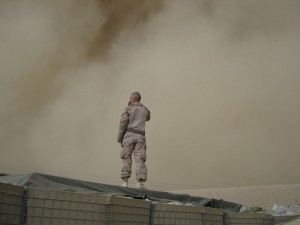 As we develop better ways and become increasingly successful there is a temptation to rest on our laurels, quit taking risks, and focus instead on trying to hang on to what we've created rather than grow it. We begin to believe we've licked the competition and have developed the winning recipe. If we give into that temptation something happens - we become comfortable. And the edge that risk-taking gave us slips away. We are no longer "skeered".

The entrepreneur makes commitments to do things he or she does not have the capability to do. Every creator of a startup knows this. The idea is there, but much of what success will require is not. Any sane person in this position experiences real fear. This takes guts to conquer and it is courage that is always the bridge between commitment, a business idea and the means to make it a success.

Fear is uncomfortable, and with success comes the temptation of giving in to comfort and safety, and stopping taking risks or trying new ideas. Don’t let early success fool you into settling down - much greater success waits down the line if you keep pushing, experimenting, taking risks, over-committing even if you don’t know how you will deliver. I have written about how data is used differently by startups and million-dollar companies: while startups use data to take educated risks, established companies use it to play it safe. But if you play it too safe, you will not grow much further, even if you’re making a million a year or more. Only those who continue to push aggressively continue to grow aggressively.

Success may exact the terrible price of failure when comfort replaces fear. I believe that to continue making progress, and developing increasing capability, the entrepreneur must continue to take risks throughout their business life.

A symptom of deadly complacency is in Gary Cooper's boast, "I ain't skeered". I hope you never feel that way! I don't believe the real hero Alvin York ever really felt that way. What do you think? Do you still feel just a bit skeered? If you do that's a very positive sign! And if you do not perhaps it's time to stretch a little and put yourself back into the position where being skeered was a precursor to tremendous growth.

Insurtech: An Easy to Understand Guide for Your Agency

The nature of insurance is cyclical, and for most of its history, it has gone through soft and hard markets.

The 2 Keys to Successful Business Presentations

Business presentations are a vital piece to the creation and continuation of a successful insurance agency. The real question is: how can you ensure that your business ...