iPhone or Android: Pick Your Poison

The smart phone is the greatest productivity tool since the invention of the wheel. What it allows us to do is really remarkable as we are able to stay in touch, multi task and do things in general much more efficiently than ever before.

They are also deadly when misused and I’m not talking about texting while driving.

The phone has become such an extension of us that we cannot put it down and we compulsively check it on a more or less constant basis. I recently read that the average American checks his/her smart phone something like 40 times an hour! Older people check less and younger people more but we have become so compulsive about it, regardless of age, which it has come to interfere with other, more important things. 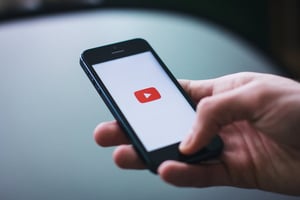 The most important other thing is connecting with, and communicating, with other people. When you’re on your phone you are not present with those physically with you. I know this is obvious but it seems virtually everyone ignores this. What does it say to a customer, or prospect for example when your phone is constantly going off in a meeting? Or worse yet you actually answer it, send a text or an email?

When in meetings with staff, company representatives or others, what does using your phone – obviously or surreptitiously – say to them about how important you think they, or the subjects at hand are?

USC’s Marshall School of Business found in a survey of working professionals that:

They also found that the more money people make the less they approve of smartphone use.

While a great tool these devices can poison a relationship whether a new one with a prospect or an important one with a business associate or family member. Something to ponder.