The Man in the Arena

I have been discussing in the last few blog posts some of the things which are required in order to become a successful business owner.  They are not the only keys to success.  But they are, every one of them, prerequisites that you ignore at your peril.

Most people of honesty, integrity, good intentions, reasonable work ethic and intelligence make good employees for someone else.  Many of them are smarter, more talented and perhaps superior in other ways to the man or woman they work for.  This is just an undeniable fact of life.

But they are on the sidelines in business.  They may be involved in the game but they are not playing it.  Like trainers, coaches or even spectators at an athletic contest they contribute to the outcome.  They are important.  But they are not the most vital component.  The most important person in the success of a business is the entrepreneur.  That person is the one who has risked everything and has no security except his wits, relentless hard work and commitment to his vision.

This individual is subject to endless well meaning advice from those who know better.  It is always wise to consider intelligent advice before making your own decision.  But the entrepreneur must have something, in the end, which cannot be purchased, must be developed and protected at all costs and which is the most critical component of success:  confidence. 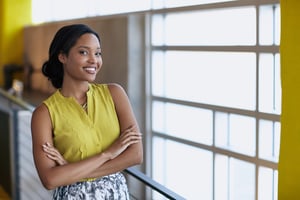 The confidence of the entrepreneur is vital because without it he cannot succeed.  To summarize the value and importance of this I’d like to quote Theodore Roosevelt’s famous lines about the man in the arena:

“It is not the critic who counts; not the man who points out how the strong man stumbles, or where the doer of deeds could have done them better.  The credit belongs to the man who is actually in the arena, whose face is marred by dust and sweat and blood; who strives valiantly; who errs, who comes short again and again, because there is no effort without error and shortcoming; but who does actually strive to do the deeds; who knows great enthusiasms, the great devotions; who spends himself in a worthy cause; who at the best knows in the end the triumph of high achievement, and who at the worst, if he fails at least fails  while daring greatly, so that his place shall never be with those cold and timid souls who neither know victory nor defeat.”