The Swing is the Thing!

I’m not a very good golfer.  Never have been.  I started playing in high school during the summers and really loved playing golf, but I wasn’t any good.

When I went off to college I got the chance to take golf as an elective and hoped that it would improve my game.   It didn’t, but I learned something a lot more valuable. 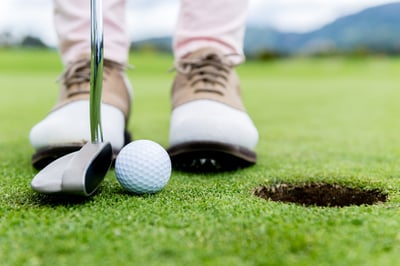 We had a good golfer on our school’s golf team.  Luckily, his Daddy was rich and bought us a team so he’d have other good golfers to play with.  Because of that, some people poked fun at him saying his Daddy had bought him the chance to play in college.  His name is Hal Sutton.

When I was at the golf course on the driving range, I noticed Hal was frequently there by himself.  He’d be surrounded by buckets of balls.  Lots of buckets!  He was there working on his swing.  Eventually, as you probably know, he made it to the PGA Tour, Ryder Cup, and success as a golf champion.

But he didn’t get there because his Daddy bought it for him.  He got there on work.  On practice.  On determination.  On perseverance.

When we look at a beautiful golf swing it looks so easy and graceful!  But those of us who have tried and tried for years know looks are deceiving.  It’s the same way with the master producer.  He makes it look easy and effortless.  Those of us in the game know it isn’t.

It’s the result of lots of practice!  Lots of work!  Lots of perseverance!

What kind of producer are you?  You can be champion if you want.  You just have to put in the work.  Just remember, the swing is the thing!