Tuition for Something Else 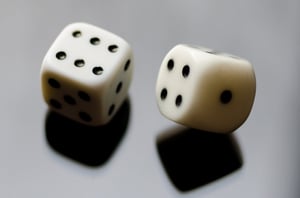 I recently read an article by a well-known business leader who listed seven things which he believes separates highly effective, successful people from ordinary ones.  One of those seven things was a willingness to risk failure.

In our business we talk about failing a lot.  We do this because I believe that if you don’t risk failing you can’t make progress.  You can’t push your own envelope.  In fact, I tell team members that if they never fail, they aren’t doing the work I expect them to.

Among other things, failure is a wonderful teacher.  We don’t just learn what not to do when we fail, we also learn how to do things better.  A few years ago I decided that we should try an experiment and see if we could teach two complete insurance neophytes how to be successful agency owners.  This was way beyond our company’s skill set and my team was dead set against it.  I understood their reservations, admitted that we would likely fail, but also believed we’d learn a lot that would help us with the core of our business: developing successful agencies.

We put a lot of effort into teaching these two people and mentoring them.  Today, a bit over two years later, one of them is out of the business and the other one is still struggling.  Clearly, this wasn’t a runaway success on its face. But, there is much more to the story.  What we learned from the process has been invaluable in the teaching, training and mentoring of several dozen new agency owners since then.  Our “failure” taught us a great deal that has been very useful.

In business, experimenting, taking risks and facing potential failure pays tuition for an education in something besides the experiment.  We’re paying tuition for something else.  Looked at in this way, the routine of taking risks becomes in some ways easier, or more normal.  Certainly it helps us see the value of doing it.  As business leaders, if we wish to be really effective, this risk-taking skill is incredibly valuable.